In my mid-twenties and well into my domestic adulting ways, I decided that bread making was the ultimate way to be a homemaker. I loved the aroma, the ability to adjust it from sweet to savory, and of course – being impressive as all get out. There was also that positive feeling to making real food for my family, not full of preservitives. The kind that actually goes bad after two days, instead of two weeks. We were all in carb heaven. Now, I’m no pro and most definitely used a bread machine because kneeding sounded like hard work (and I was just aiming to please, not spend a day in the kitchen. No sir, no thanks! I have better things to do – like laundry). Homemade bread sounds like a huge undertaking. Surprisingly, it’s not. There’s such a basic formula to it, and the rest is just your creative inspiration for taste and flavors your loved ones will enjoy. We all have that inner baker, and some much more skilled than other, and that’s ok! These recipes bring us some real homemade bready love.

So right out of the gates, comes a super complicated looking recipe. Keep the faith, it’s not so crazy, difficult, or out reach for the beginner baker. This recipe promises if you can make a cinnamon roll, you can make this loaf! With swirls of apple butter and cinnamon, this bread makes a wonderful breakfast toast, or an evening snack with tea.

http://bakingamoment.com/apple-butter-cinnamon-swirl-bread/ Photo by: Baking A Moment

Before you get all “oh my gosh, carbs are bad!” consider methods and recipes that make carbs good for you, or at least forgivable. Bread is a staple food in many a diets, and making choices like having a whole grain, high fibre bread with nutritional benefits can have you feeling good about what you’re baking and plating.

So maybe you don’t have the daytime to sit by the stove cranking out loaves of bread. Maybe you’re like me and loves to have a good soup going all day in the crock pot to come home to. Serving some fresh bread on the side isn’t out of the question with this simple and quick recipe.

Nothing beats a cheesy bacon infused bread with a bit of a heat kick to it. This bread would best be paired with a chili, or as a sandwich. However you wanna play it, it’s a win (but like, maybe not with peanut butter…that would be wrong).

http://www.callmepmc.com/bacon-jalapeno-popper-cheesy-bread/ Photo by: Call Me PMc

Forget the Italian bakery! Now you cake make the bubbly savory focaccia bread in the comfort of your own home, perfect for dipping, sandwich making or just eating a loaf on the side of life.

I remember the first time I served my son his dinner in a bread bowl. His eyes went wide, and he immediately picked up and bit the sides. Oh, the joys. With soup season here, there’s truly no better way to serve up a warm cup of comfort, than to ladle it into a bread bowl.

http://www.handletheheat.com/homemade-bread-bowls/ Photo by: Handle The Heat

Just like you’ve had at the steakhouse, now you can have in the comfort of your own home! Bonus points for you, and bonus points to your fuller wallet for doing so.

So gorgeously served, and won’t be mangled and chewed up by a bread knife. This simple pull-apart baking method will have everyone overlooking the fact you just made simple spaghetti for dinner. Heck, the spaghetti is just the side to this show stealing bread.

http://gatherforbread.com/pull-apart-garlic-bread/ Photo by: Gather For Bread

Claiming to be the easiest bread you will ever make at home (and no, using pillsbury biscuit roll cans does not count as home baking!), these are baked right in the bowl for a unique shape and appearance.

Bread isn’t limited to just breakfast, lunch and dinner. Get yourself acquainted with a sweet little pull apart dessert bread, too.

http://gatherforbread.com/chocolate-cherry-pull-apart-bread/ Photo by: Gather For Bread

In the bread family, cornbread is by far my favorite. I realize that’s saying a lot, but it’s tried and true in my books. Dense, flavorful and well complimented with so many meals – this recipe ups the game with the use of bacon and cheddar!

Banana bread is a go-to for homemade act of love to a new neighbor, a friend with a new baby, a “get well soon” and so much more. It’s also a great way to use up old bananas, and make bread from scratch that’s not requiring any yeast or kneading! These bake and serve in a mason jar, perfect for gifting, lunchboxes or even freezing for later enjoyment.

This easy to serve and cool to look at bread will plate well with it’s pull-apart baking method that makes everyone get all happily grabby hands for it!

Beer is a magical bread ingredient. Why? Yeast!! It helps the bread rise, and a recipe built around that science makes it only 3 ingredients for a delicious hearty bread that would go incredible on the side of a stew or chili. What are the three ingredients? Well, you know one. Go find out the other two! 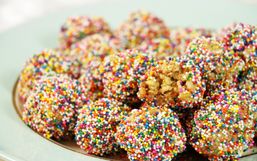 Nut-Free Cake Batter Energy Balls
Energy balls are a great way to stay healthy and obviously - energized, while on the go!
The Best Chocolate Chip Cookie Recipes
Mmmm, chocolate chip cookies are one of those comforts from home I can never say no to.
10 Irresistible S'More Recipes
At the end of a long, warm day swimming in the sunshine, meeting up with friends and sipping on some ice cold drinks, the best way...
10 Cool Ice Cream Pies
Ice cream cakes are absolutely to DIE for. Have you heard of ice cream pies though?
10 Amazing Peach Recipes For All Those Summer Peaches
Peach season is the best season! It's such a sweet and juicy fruit that is perfect for a day at the beach or in the place of a...
10 Scrumptious Fruity Turnovers
What's better than a pie? A turnover! Why? Because a pie is made for a group of people, while turnovers are made especially for... 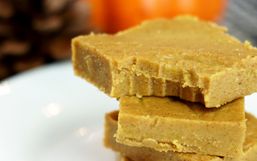 Healthy Pumpkin Spice Coconut Oil Fudge
When I was a kid, fudge was something that so rich and decadent it came around maybe once a year.
10 Wonderful White Chocolate Recipes
When we crave chocolate, rarely do our minds first go to white chocolate. Why is that?
10 Fresh Key Lime Recipes
When you think of a warm day, what flavors come to mind? Maybe some BBQ flavors like hamburgers, hot dogs and grilled veggies.
10 Irresistibly Delicious Dessert Casseroles
Have you offered to bring a dessert to a dinner party or family gathering before and then realized a few hours before the get... 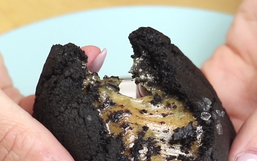 Dark Chocolate Salted Caramel Cookies
So another year has passed and your little trick or treaters have come home with a sack full of candy, and right at the bottom is... 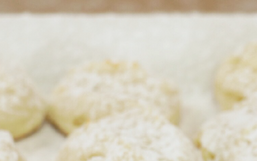 Light & Fluffy Cheesecake Cookies
There's something incredibly heartwarming when baking cookies, especially when they are easy to make, and come out perfectly.
Advertisement 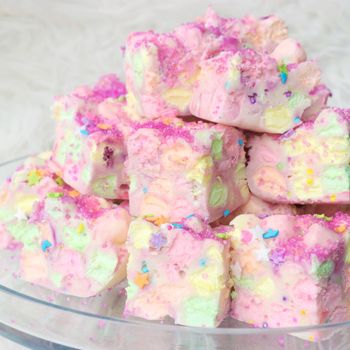 Recipes
Rosé Wine Gummy Bears You Can Make At Home