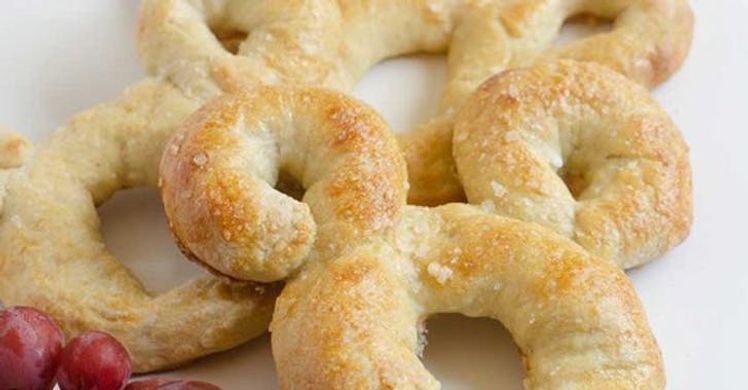 Disney’s theme parks offer fun for everyone! From the characters to the rides and of course the delicious food! Even though the parks remain temporarily closed, there are still ways to bring a touch of that Disney Magic into your home! Disney has released quite a few coveted recipes over the last few months to ensure Disney fans can enjoy their favorites at home. And now, Disney has released the recipe to make the iconic Mickey Pretzels!

D23, the official Disney Fan Club, shared the recipe on their website. The best part is that this recipe requires just four simple ingredients! Be sure to serve the pretzels with mustard or warm cheesy dip — your choice! If you want to try making the legendary Mickey Pretzels at home follow along with the recipe below.

ICYMI: Mickey Pretzels aren’t the only Disney Park’s food you can make at home! Disney has released several other coveted recipes that you need to try. You can make the iconic Churro Bites, Dole Whip, Cookie Fries, Tonga Toast, and even Mickey Mouse Beignets! But that’s not all. Disney also shared the recipe for the legendary Monte Cristo Sandwich, the iconic Canadian Cheddar Cheese Soup, the ‘Grey Stuff’ from Beauty and the Beast, and the famous Grilled Cheese Sandwich from Toy Story Land. There are endless ways to add a touch of Disney’s magic into your home!