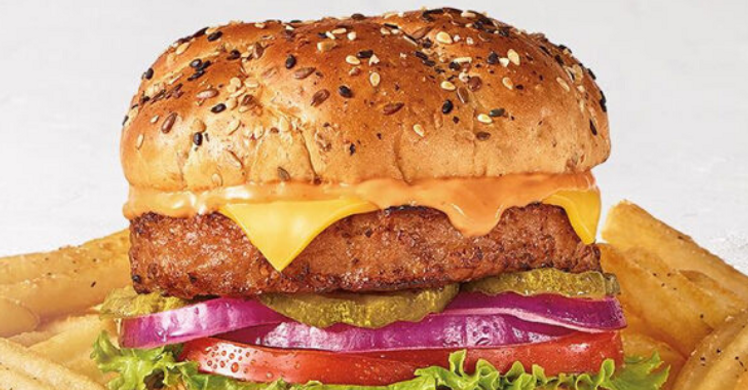 People can’t stop talking about Beyond Meat, a plant-based meat subsitute company. With restaurant partnerships like Dunkin‘, McDonald’s, Subway, Del Taco, and A&W, there’s no wonder why! Denny’s is the next restaurant to make a partnership with Beyond Meat after a successful test at Denny’s locations in the Los Angeles area last October. As a result of the successful test, Denny’s is now rolling out their Beyond Burger nationwide.

The Beyond Burger features a 100% plant-based burger, lettuce, tomato, red onions, pickles, American Cheese and All-American sauce, all served on a multigrain bun. The meal also comes with your favorite wavy-cut fries!

It goes without saying that American cheese is not plant-based but you should know the sauce isn’t plant-based either. Denny’s also made sure to include a disclaimer on their site that states: “Due to our cooking procedures, the Beyond Burger™ may come in contact with animal-based products or ingredients and might not be 100% plant-based.” While the burger as a whole may not be vegan, it is a great way for customers to explore alternative options to meat.

The new Beyond Burger isn’t the only exciting meal that is kicking off 2020 at Denny’s. Denny’s also announced that they’re offering a new enticing breakfast deal called the Super Duper Slam that is said to be even better than it’s predecessor, the Super Slam which was introduced in 2018. The best part is that this special only costs $6.99.

The Super Duper Slam features two fresh eggs, crispy hash browns, two strips of bacon, two sausage links, and all-you-can-eat pancakes! This is a deal that you don’t want to miss. Although, if that sounds like too much food, you’ll be happy to know you can still order the original Super Slam which features two buttermilk pancakes for just $5.99. For more information on these deals read HERE.

“When we launched the Super Slam we thought we had taken our signature Grand Slam to the limits, but at Denny’s we’re always asking ourselves how we can give our guests even more for less,” said John Dillon, chief brand officer for Denny’s. “To kick off 2020 and take the Super Slam to never before reached heights, we decided to combine two of our favorite deals – All You Can Eat Pancakes and Super Slam – to give guests the endless (pancakes) value and delicious dining experience that the Super Duper Slam delivers.” 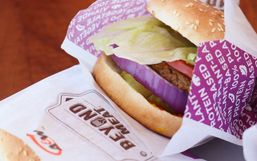