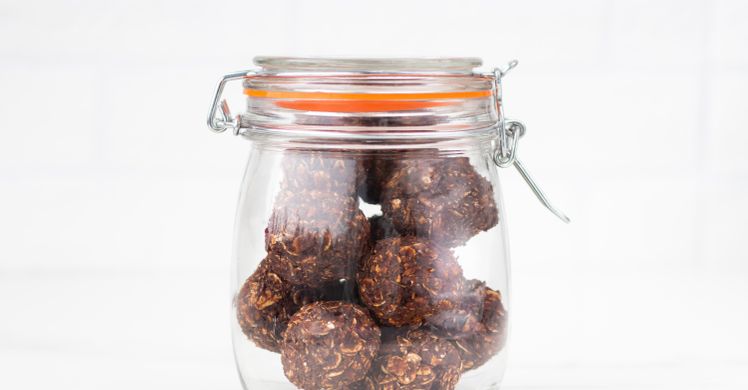 You’ve probably been seeing recipes for no-bake snack/energy bites online for a few years now. I know I have! They look so delicious and are always packed with nutrient-rich ingredients to fuel your (or your kiddo’s) day. My struggle is that I can’t make any of them because, like many others, I have a nut allergy. A lot of these recipes use nuts as the main source of protein and I’ve had such a hard time finding a recipe that won’t send me to the hospital, but is still protein-rich and not full of sugar.

After a lot of recipe hunting and research, I decided to take matters into my own hands and create a recipe from scratch. After making these snack bites at least half a dozen times, I think I’ve perfected the art of the nut-free snack bite. The best part is, you can pack them in your kids’ lunches for school because they aren’t an allergy hazard for their classmates! This flavor is so decadent that whenever I have a sugar craving, I grab one of these snack bites before I cave and eat a brownie.

Like many recipes, ingredients matter. When purchasing a package of dates, always feel the package to see how dry or soft they are. It’s better if the dates are moist so that they blend in the food processor more easily. A simple way to ensure this is to buy Medjool dates, which tend to be softer than their counterparts (though they also tend to be more expensive). You can use other types in a pinch, but we suggest softening them in a bowl of hot water for 30 minutes before adding them to the recipe. Just remember to drain the liquid before dumping them in! In addition to the dates, be sure to add in soy (or another nut-free non-dairy) milk to ensure that there is enough liquid to help break down the rest of the ingredients and bind the snack bites.

If you want to get really decadent and turn these snack bites into more of a dessert, you can dip them in dark chocolate! To stay on the healthier side, you could also use dried fruit in the place of jam for a delicious filling. We used an oragnic, non-GMO, lower sugar raspberry jam from the grocery store for our surprise stuffing, but you could also use homemade jam if you have some!

Consider yourself warned: These snack bites get really sticky when you roll them, so you may want to throw the mixture in the fridge for 10 minutes before rolling them. Alternatively, spray your hands with a little bit of coconut oil to reduce how much of the chocolatey mixture sticks to your hands. After they’re all rolled up, freeze or refrigerate them spread out on a plate for 30 minutes before you stack them in a container or bag so that they don’t stick together when being stored.

Full disclosure, this recipe is approximate, which means you can play around with how many dates, coconut flakes and other ingredients you have. If you find the mixture is too wet, simply add in some more oats to make it easier to roll the snack bites. Too dry? Add more non-dairy milk. We promise this recipe is very forgiving! You can also make them as big or small as you want, depending on who you’re feeding and whether they’re a supposed to be a tiny or giant snack. 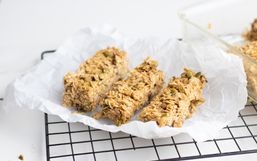 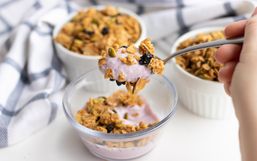 Best Ever Simple Nut-Free Granola
Granola is delicious breakfast food, whether it's with yogurt, milk (or non-dairy milk!), or on its own. 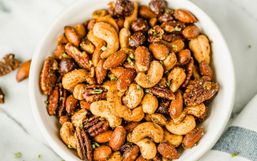 Paleo Snacks: Essential Snack Ideas To Keep You On Track
The paleolithic diet, also known as the paleo diet, the caveman diet, or the stone-age diet is a meal plan that predominately... 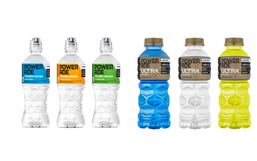 The F-Factor Diet: What It Is And What To Eat
For some, healthy eating is no easy feat. The secret to being successful is to create a balanced approach that allows you to fill...
Advertisement 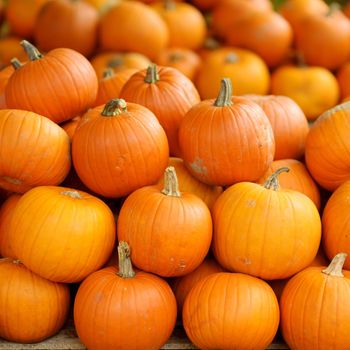