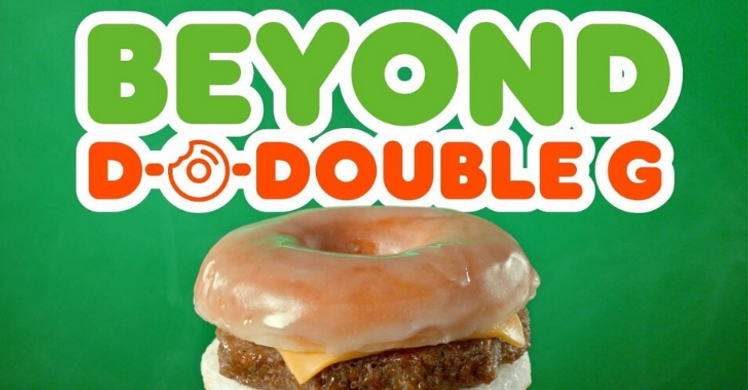 In November 2019, Dunkin’ partnered with Beyond Meat to launch a nationwide breakfast sandwich. But the partnership with the meat substitute company wasn’t the only surprise! Snoop Dog surprised Dunkin’ guests at a Dunkin’ Southern California restaurant by serving up Beyond Sausage Sandwiches behind the counter and at the drive-thru.

Now, Snoop Dog is back again to share with you a new menu hack that combines his favorites, the Beyond Meat Sausage Sandwich, and a Dunkin’ glazed donut to bring you the new Beyond D-O-Double G. In honor of Snoop’s menu hack, you can order The Beyond D-O-Double G Sandwich at the front counter or drive-thru at participating Dunkin’ restaurants nationwide from January 13 through January 19, 2020.

This menu hack is inspired by Snoop Dog’s passion for plant-based protein and his love for donuts. The sandwich features a Beyond Breakfast Sausage patty with egg and cheese and is served on a sliced glazed donut. It’s basically the perfect balance of sweet and savory and it’s a combo you don’t want to miss.

“When I got the chance to work at Dunkin’ for the Beyond Sausage Sandwich launch, I got to thinking about what other Beyond Meat sandwiches we could create. Being around my favorite glazed donuts got me inspired, so today we are dropping The Beyond D-O-Double G Sandwich at Dunkin’ restaurants nationwide.” Snoop Dog said in a statement. To read Snoop’s full interview with Dunkin’, read HERE.

Dunkin’ is also throwing a Beyond Bash where Americans can try a free sample of the Beyond Sausage Sandwich. The Beyond Bash is taking place on Friday, January 24, and Saturday, January 25 from 8 AM to 10 AM at participating Dunkin’ restaurants and while supplies last.

That’s not the only exciting news Dunkin’ has to share! Dunkin’ also announced that they have collaborated with Snoop to bring you a limited-edition online pop-up shop that will launch later this month. The Beyond Collection by Dunkin’ X Snoop will feature exclusive apparel such as a bomber jacket, sweatshirt, t-shirt, beanie, and a green tracksuit inspired by Snoop’s outfit in the Dunkin’ ad! Keep your eyes peeled for the official launch day! 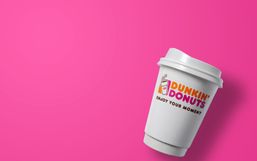 Dunkin' Partners With Beyond Meat To Launch A Nationwide Breakfast Sandwich
Mark your calendars because starting November 6th a Beyond Meat breakfast sandwich will be available at over 9,000 Dunkin'...