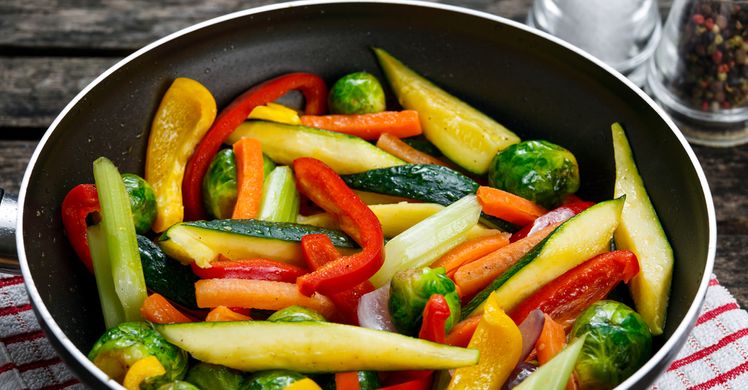 Cooking vegetables can be as simple or as complicated as you make it but at the end of the day, you want a delicious dish with the maximum amount of flavor and nutrients as possible. Whether you struggle with cooking veggies to start with or you’re looking for more creative ways to cook them, here are some things you should and shouldn’t do with your vegetables.

Smothering your veggies with oil before you start cooking them may seem like a foolproof way to avoid them sticking to the pan and you missing out on a full serving of veggies. Unfortunately, adding oil to the veggies increases the chances of the veggies getting burned because the oil will get extremely hot.

Instead, add a thin layer of extra virgin olive oil to the pan and then add the veggies in after. You won’t have to worry about everything sticking to the pan or gross vegetables.

Boiling veggies is an age-old method of cooking vegetables, but it can really deplete the amount of nutrients in the vegetables. You also can end up with some seriously soggy veggies that really aren’t quite that appealing.

Instead, try steaming them. If you’re making pasta, rice or quinoa, you can add your steamer on top of the boiling grain and cook your veggies simultaneously. You also have better control of how long they’re cooked for.

One the biggest mistakes you can make when you’re cooking vegetables is to overcook them. Whether they come out soggy, burnt or just limp, they simply do not look appetizing.

When in doubt, stop cooking the veggies. It’s better for your produce to be bright and tasty with a little crunch than to be burnt and limp.

Skipping the seasoning can result in some bland tasting vegetables, and who wants that?! Seasoning was made for a reason – to spice up your meals!

Add your seasoning at the beginning when you start to cook the veggies so the seasoning has time to infuse your vegetables with all that flavor and fill your house with delicious smells of suppertime.

When you’re cooking your veggies, add in all the part of the produce. A lot of the rinds, skin, and ends we toss in the garbage actually contain the most nutrients.

Cook your veggies with the leftover pieces of produce and then remove them from the dish before you serve. It will help increase your cooked vegetables’ nutrition value.

You’re probably wondering why we have to talk about how you boil your water. Adding salt to the water allows it to boil at a higher temperature than if there was no salt added when you just so happen to be boiling a vegetable, like potatoes, that takes well to the boiling method of cooking.

Salt can also add flavor to whatever you are steaming or boiling so that your dish will not only be acceptable but actually super delicious.

We often want to crowd our pan with as much food as possible to get it to cook faster, thus letting us eat sooner. While this is a logical approach, there is one downside.

When you crowd your pan, the food doesn’t cook evenly which can result in uneven flavor, texture, and temperature. If you’re cooking for a large group of people, make sure you have a couple fry pans you can use to cook everything at the same temperature.

8. Cooking Them The Same Way All The Time

When we are hungry, the easiest thing to do is cook food in the best way we know how. This is good for a while, but then it starts getting boring.

Veggies can be cooked in so many ways that it’s worth cooking them differently every time. It will also help kids who don’t like veggies too much decide how they like their produce cooked best and get used to a diverse menu.

9. Chopping Your Veggies Too Early

When you chop your veggies to far ahead of time, they can get dehydrated and lose their fresh flavor. Chop your veggies right before you are ready to cook them so they are as fresh and as crisp as possible.

If you’re just someone who loves to prepare in advance, try chopping then freezing to prevent the dehydration of them. Simply thaw then cook when ready.

If you are one of those people who are notorious for serving overcooked vegetables, try making them ahead of time. If you want the ultimate cooked veggie, blanching is the way to go.

Simply add your veggies to boiling water until they are just about cooked. Remove them from the hot water and submerge them in an ice water bath. Make sure to have a big bowl of this ice water ready to go. Leave them in long enough for the veggie’s core temperature to cool down. Remove them from the ice bath and store in the fridge until you are ready to warm them up again. You’ll have a crisp, warm vegetable with the maximum amount of nutrients packed in there for all your guests. 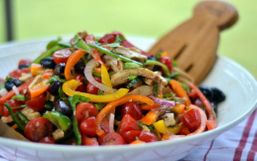 10 Healthy Salads in Under 30 Minutes
Salads aren't just for those on a diet anymore. Properly made, they can be a filling and delicious meal. 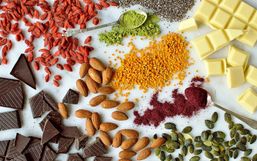 15 Super Food Recipes To Try This Week
Let's talk about superfoods. They are nutrient rich foods that will benefit your health and wellness significantly. 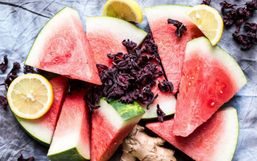 10 Creative Ways To Eat Watermelon
When you think of summertime, what's the one fruit that stands out to you as THE fruit of the summer? 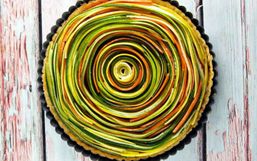 10 Delicious Zucchini Recipes
When you think about health food craze foods, Zucchini is probably one of the first foods that comes to your mind. 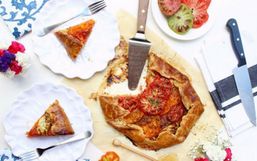 10 Ways To Use Up Garden Tomatoes
Having a backyard garden is one of the amazing ways you can cut down on your grocery costs while filling your body with fresh,... 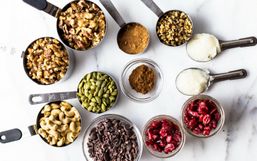 10 Home Made Trail Mix Recipes
When everyone is back at school and extra curricular activities kick in, it can be difficult to find time to have an after school... 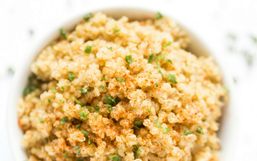 10 Heavenly Healthy Fat Recipes
We hear about making sure we all eat enough healthy fats all the time, whether it's on the internet, in the news or from friends. 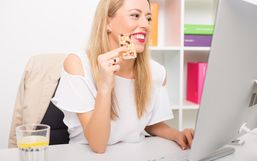 10 Protein Bars That Are Perfection
Finding the right protein bar that isn't packed with sugar and additives can be a difficult task. 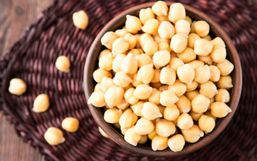 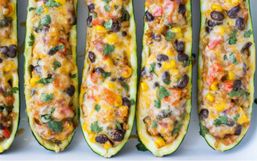 10 Easy Healthy Dinner Recipes
Suppertime can be the best time or a time of chaos and dread. Why? 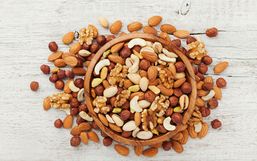 Best and Worst Sources of Protein
Getting enough protein in your diet has never been easier with grocery stores sourcing products from all around the world for your... 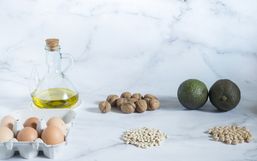 20 Ways To Get More Healthy Fats In Your Diet
The word "fat" tends to scare a lot of people in North America. The reality is, not all fat is bad for you - in fact, it's very...
Advertisement 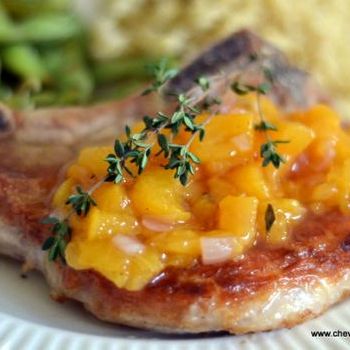