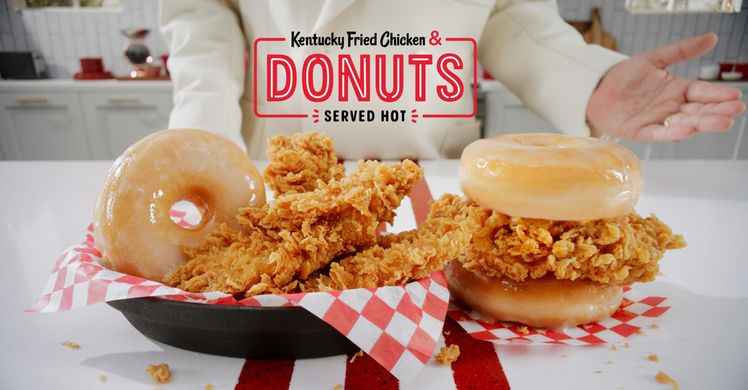 Brace yourself, folks, Kentucky Fried Chicken announced that they’re bringing always hot, Kentucky Fried Chicken & Donuts to KFC-lovers nationwide. KFC ran a limited test in 2019 and it was such a success that they have decided to roll out these delicious creations to fans across the country. For those that haven’t had the pleasure of trying Kentucky Fried Chicken & Donuts, it’s essentially a meal that features that perfectly seasoned fried chicken with a warm, fresh glazed donut. You can score these sweet and savory combos starting February 24, 2020, at participating restaurants across the U.S. but be sure to try them quickly as they’re only here for a limited time! If you want to get extra wild, score yourself two donuts and turn that meal into a perfect sweet and savory sandwich!

“Chicken & Donuts is the newest fried chicken trend we’re bringing to all of America,” said Andrea Zahumensky, chief marketing officer, KFC U.S. “But not just any donut would do. Only a donut that’s glazed-to-order and served piping hot every single time can stand next to our hand-breaded fried chicken. It’s a finger lickin’ good dish filled with glaze and glory.”

KFC also plans to open a pop-up shop called “The Colonel’s (Chicken &) Donuts Shop for one day on February 22 in Los Angeles. The Colonel’s (Chicken &) Donuts Shop will be located at 615 North La Brea Avenue, Los Angeles. If you’re lucky enough to live near this location hurry on down as they’re only open from 10 AM through 3 PM. The pop-up shop will be serving Kentucky Fried Chicken & Donuts and as a special treat, the first 50 customers in line will receive a free Colonel’s Dozen which features a mix of 6 KFC Extra Crispy chicken tenders and 6 warm glazed donuts. Want to score a spot at the event? RSVP here. 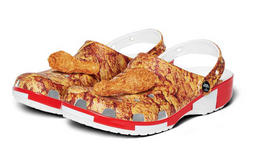 Crocs Serves Up Limited Edition KFC Clogs Coming Spring 2020
Crocs are back at it again to help you live your best fashionable life ever.