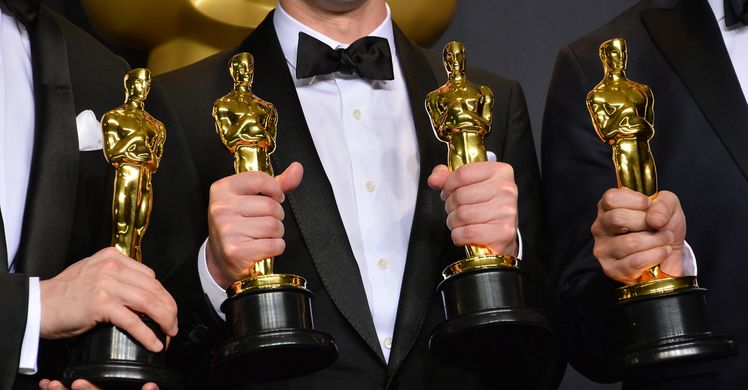 The Oscars Governors Ball Is Going Plant-Based This Year

Award show season is in full swing and the shows are proving to be greener than ever this year. The next award show to go plant-based this year is the Oscars Governors Ball, which takes place after the Oscar’s telecast.

The Academy of Motion Picture Arts and Sciences made the announcement on Monday that they are determined to make the Oscars more environemtnall-friendly. A 100% plant-based menu was served during the Oscar Nominees Luncheon and there are plans to do the same at the Dolby Theatre Lobbies before the Oscar’s on February 9, 2020.

The dinner will be catered by Wolfgang Puck for the 26th year in a row and the menu will feature 70% plant-based options with the other 30% featuring meat and vegetarians options as well as fish items. In addition to the plant-based options, the AMPAS is eliminating all plastic bottles from the event.

“The Academy is an organization of storytellers from around the world, and we owe our global membership a commitment to supporting the planet. For the past decade, the Academy has been committed to reducing its carbon footprint. For the past seven years, the Oscars show has had a zero-carbon imprint. We continue to expand our sustainability plan with the ultimate goal of becoming carbon neutral,” the AMPAS said in a statement.

ICYM: Earlier this month, the Golden Globes served a 100% plant-based dinner for the first time ever to raise environmental awareness.  It’s worth noting this was a last-minute decision that took place just two weeks before the event. The original plan featured a Chilean sea bass dish but instead, guests were served king oyster mushroom scallops with wild mushroom risotto and roasted veggies. Read more about this announcement HERE. 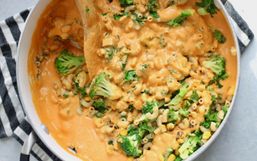 Easy And Delicious Vegan One Pot Meals
When it comes to vegan cuisine is doesn't have to be complicated and difficult.

Yoplait Is Releasing New Gushers-Flavored Yogurt This Summer
Yogurt is an amazing versatile snack. It can be enjoyed on the go, combined with granola or fresh fruit, and it comes in different...

Chipotle Is Testing A New Cilantro-Lime Cauliflower Rice
Cauliflower is one of the coolest, most versatile vegetables out there.

Krispy Kreme Is Giving Away Doughnuts This Friday In Honor Of Their Birthday
Krispy Kreme is celebrating a big birthday this week as the brand turns the ripe age of 83!

This Secret Starbucks Drink Looks Like A Sunset And It Changes Color Too
There's nothing quite as beautiful as watching a sunset. It's basically free entertainment provided by nature.
Advertisement 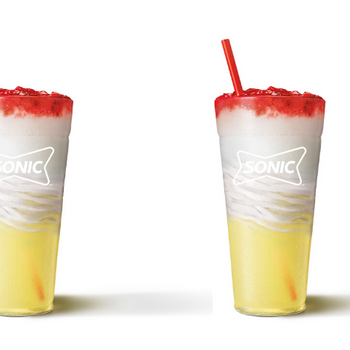