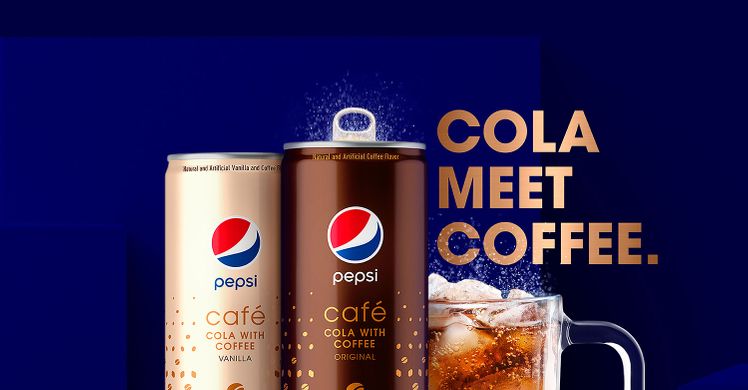 Move over coffee, there’s a new drink coming to town that is about to rock your world! Pepsi announced that they’re unveiling a brand new drink called Pepsi Café in April 2020 across the U.S. That said, the drink will only be here for a limited-time so be sure to stock up once you find it!

This new beverage combines the flavors of the iconic Pepsi flavor with coffee to bring you Pepsi Café. It’s said to have about double the amount of caffeine as a regular soda and will be available in two flavors, vanilla, and original.

Though, this isn’t the first time Pepsi tried releasing a coffee-soda combination. In 1996 Pepsi released Pepsi Kona but it was soon discontinued the following year in 1997. But with consumers reaching for more doses of caffeine more than ever, many are eagerly anticipating the release of this new coffee-soda! If you’re like the rest of us, this drink may become your new afternoon pick me up.

“We want to be first to market, and launch this really in the right way,” Todd Kaplan, Pepsi’s Vice President of Marketing said in a statement.