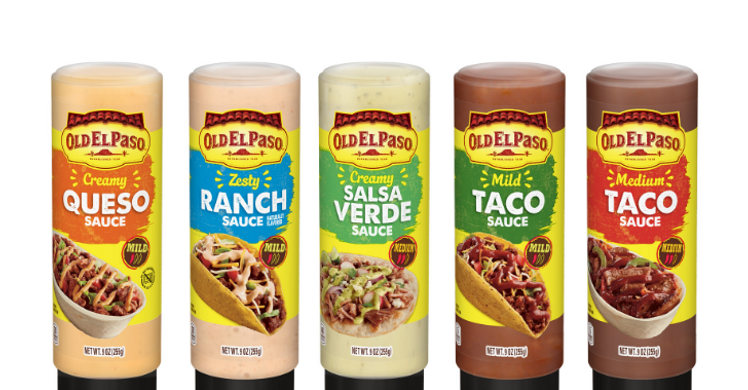 Old El Paso has a large range of delicious products that help you and your family connect over fun and flavorful Mexican-inspired foods! And the brand is back again with new crave-worthy innovative products that will turn every meal into a fiesta! From new squeezable sauces to new seasonings, and taco kits here are all the new Old El Paso products you don’t want to miss!

Old El Paso is launching new Squeeze Sauces that you can add to your tasty taco creations. There are three new crave-worthy flavors including Creamy Queso, Creamy Salsa Verde, and Zesty Ranch! Better yet, the brand is also launching your favorites like mild and medium taco sauces in the new convenient squeezable container too!

Seasonings are what really transform a dish from bland to flavorful and now you can experiment with new flavors with Old El Paso’s new Chorizo Taco Seasoning and Al Pastor Seasonings. The new Chorizo seasoning features a balanced flavor of both smoke and spice and pairs perfectly with both beef and pork.

Further, the new Al Pastor seasoning features sweet and spicy flavors with notes of adobo, chiles, and sweet pineapple and it pairs perfectly with pork. You can find these new seasoning packets in retailers nationwide starting this month! Each packet has a suggested retail price of $0.99.

If you’re looking for something new, fun, and unique for Taco Tuesday you need to try Old El Paso’s new World Taco Kits! The new kits offer a new global spin on the classic taco with delicious flavors inspired by Japan, Korea, and the Caribbean!

Busy families will love that the kits come equipped with ten tortillas, one seasoning packet, and one sauce packet in one of three unique sauces including Pineapple Pepper, Honey Soy, and Sesame Chile. So all you need in addition to the kits are fresh ingredients such as meat, and veggies! The new World Taco Kits will also be making their grand debut in major grocery stores nationwide, this month! Each kit will have a suggested retail price of $3.80. 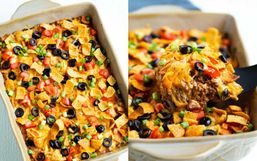 Unique Recipes For Taco Tuesday
Whether you celebrate Taco Tuesday every week or like to dig into delicious tacos occasionally you have got to try these tasty and...

Tim Hortons Launches A New Oreo Dream Donut
Get ready Oreo fans, the flavors of your favorite cookie can now be enjoyed in a soft, luscious donut!

Chipotle Is Testing A New Cilantro-Lime Cauliflower Rice
Cauliflower is one of the coolest, most versatile vegetables out there.

How To Tell If An Avocado Is Ripe
Ahhh... there is nothing quite as satisfying as cutting into a perfectly ripe avocado, right?

fairlife Officially Launches New Ice Cream Line And There Are Seven Delicious Flavors
Fairlife is renowned for its wide range of better-for-you products like their ultra-filtered milk which features 50 percent more...
Advertisement