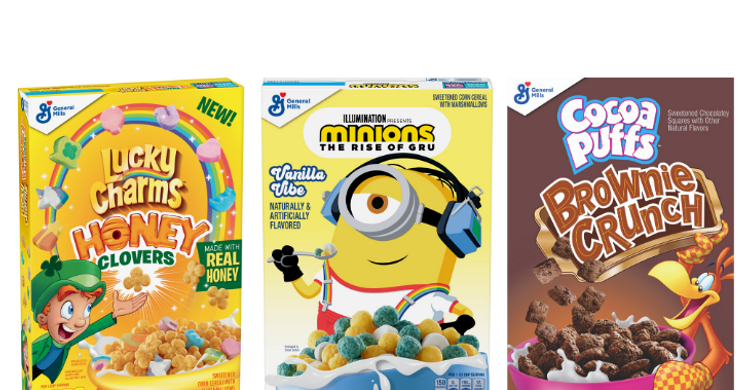 The cereal aisle is a beautiful place. It’s full of extravagant choices from chocolate and marshmallows to cinnamon swirls and of course healthy options too! Well get ready cereal-lovers, General Mills is adding two new flavors and are bringing back a fan favorite to major retailers near you! Keep your eyes peeled because these cereals are hitting the shelves nationwide this month!

If you have Minion fans in your house you are seriously going to love the new Minions Cereal. Each box is filled with sweet yellow and blue vanilla cake-flavored corn puff cereal pieces. And if that isn’t enough, there are also delicious bite-size marshmallow pieces mixed throughout! Just like the new Lucky Charms cereal, this cereal will also have a suggested retail price of $3.99-$4.99.

Alright chocolate-lovers, buckle up because General Mills is bringing back the delicious Cocoa Puffs Brownie Crunch cereal! If you haven’t had the pleasure of trying this cereal, it features chocolate, crunchy square-shaped pieces. It’s decadent and delicious! A mid-size box will have a suggested retail price of $3.49 and a family-size box will have a suggested price of $4.59. 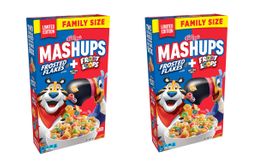 Kellogg's Is Launching A Mashup Cereal Featuring Froot Loops And Frosted Flakes
In case you have a hard time deciding which cereal to eat every morning, Kellogg's is releasing a mashup cereal featuring two of...