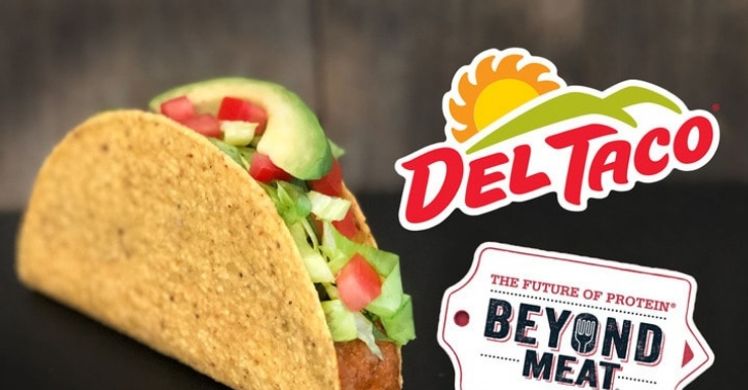 Beyond Meat Coming To A Del Taco Near You!

A couple months ago many Vegan Americans sat in envy while Canadians had the release of the Beyond Meat burger at the fast food chain A&W. It was so popular they sold out within weeks of their release! With that said, there is no wonder why Beyond Meat wanted to further their success and spread the love to Americans.

Well fellow American Vegans, it’s your time! Beyond Meat made an announcement on their website yesterday, September 20th, 2018 stating that they will be partnering with Del Taco. This is the first drive-thru partnership Beyond Meat has ever taken on in America. They are offering two taco options, “The Beyond Avocado Taco” (vegan) and The Beyond Taco (vegetarian). In addition to these options, Del Taco will offer their guests the choice to substitute Beyond Meat into any of their existing menu options such as fries, nachos and burritos-SWOON! Check out the Santa Monica (Wilshire) and Culver City (Roberston) Del Taco Locations today for a mouth-watering meal!

Both Beyond Meat and Del Taco took to their social pages to spread the news: