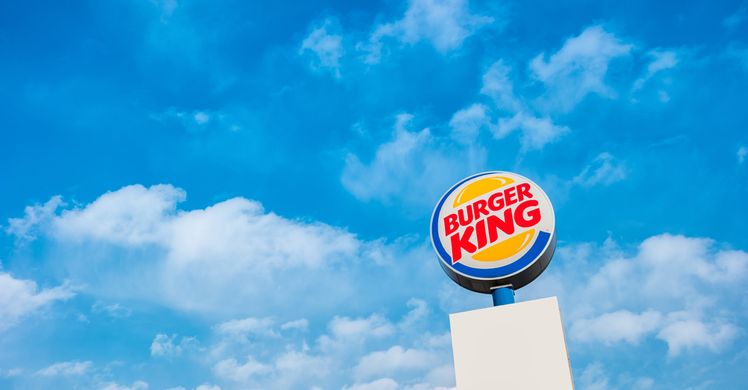 Wow! @BurgerKing is trialing the #ImpossibleWhopper. This is will be the first fast food giant to carry the next generation of #plantbased meat. First line of @NYTimes article: “Would you like that Whopper with or without beef?” Expect those questions to become standard over the next 20 years! https://www.nytimes.com/2019/04/01/technology/burger-king-impossible-whopper.html #Vegan #Tech #Food #ImpossibleBurger #Vegetarian #ClimateChange #AnimalRights #Meat #Burger #Whopper #BurgerKing

While The Impossible Burger has been around for a couple of years now, they have been working every year to make it better than ever. Earlier this year, in January 2019 they introduced their new recipe. According to their new statement about their new Impossible burger, it is said to be “tastier, juicier, and more nutritious — featuring 30% less sodium and 40% less saturated fat than our current recipe and just as much protein as 80/20 ground beef fr0m cows”. Read more about The NEW Impossible Burger HERE.

Since the launch of their new Impossible Burger, they have made their way to thousands of restaurant menus. Whether you’re a plant-based dieter or not, the Impossible Whopper allows us to dive into a more balanced diet so we can eat more burgers guilt-free! Unlike other veggie burgers, The Impossible Burger is meant to mimic the texture and appearance of meat. Keep your eyes peeled for this exciting new menu item at your local BK!

Did your New Year’s resolution, of living more sustainably, fall off the rails? Time for a spring resolution refresh. #ImpossibleBurger

Many are taking to social media already announcing their own excitement for this launch!

I can’t wait to get my hands on one of these! #ImpossibleWhopper #UpWith6 https://t.co/IuLP4EB5ZE

I’m pretty excited about this—as someone who admittedly enjoys meat a great deal, but who has also come to be aware of the ethical and environmental problems it presents, a plant-based alternative is incredibly exciting! #ImpossibleWhopper https://t.co/tODKUVm6PM 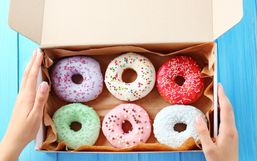 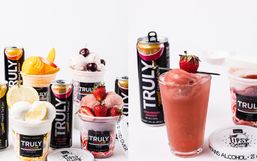 This New Alcoholic Seltzer Ice Cream Is Perfect For Summer
Hard seltzers have become the trendiest drink as of late and for good reason! 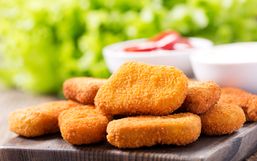 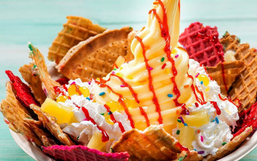 Disney Springs Will Now Offer Dole Whip Nachos
Disney's theme parks are renowned for many things from the exciting rides to friendly characters, and of course its delicious... 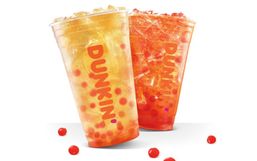 Dunkin' Is Testing New Bubble Teas In Select Locations This Summer
Dunkin' is renowned for its coffee, tea, and delicious donuts but now the chain is entering a new drink category by offering new... 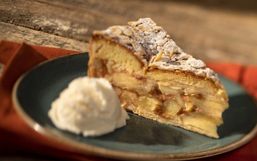 Disney Just Unveiled The Recipe For The Iconic Apple Pie From Whispering Canyon Café
Over the last few months, Disney has shared some of their most coveted recipes with their fans so you can at least feel like... 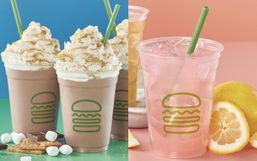 Shake Shack Launches New S'mores Shakes and Pink Lemonade Drinks To Its Menu
Summer is officially in full swing and now you can make the most of it with Shake Shack's new beverages! 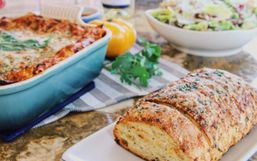 Trader Joe's Is Selling Gummy Bear-Flavored Grapes
Fruit is nature's candy as it's naturally sweet and comes in a wide range of varieties offering something for everyone. 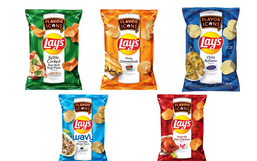 Lay's Releases New Restaurant-Inspired Chip Flavors Like New York Style Pizza And Philly Cheesesteak
If you love savory snacks, odds are you have a bag of chips in your pantry.
Advertisement Food Trends
Pineapple Pepsi Is Now Available In The U.S. And It’s Perfect For Summer