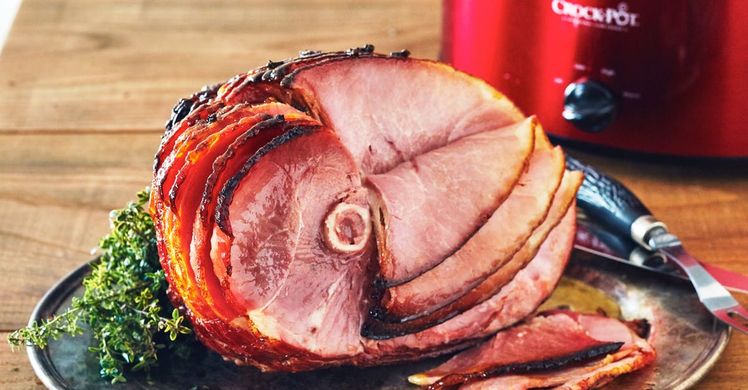 10 Unique Ways To Prepare A Ham

Easter often calls a common centerpiece at your family dinner, and that’s ham. So, pressure’s on! Whether looking for new ways to prepare your meal this year, or perhaps gearing up to make your very first ham at home, there are some pretty unique ways to prepare a ham, that will be total crowd-pleasers. From crock pots, to smokers, ovens and some other trickster ways, there are so many options when it comes to cooking a ham to serve to your family & friends. So relax, and let us give you some ideas that will work best for your gathering. From brown sugars, pineapple, mustard’s, marmalade’s and more – you’re about to embark on a beautiful journey through the ways of ham. Let’s go!

Cooked on two sheet pans, this recipe gives you everything you need to prepare a full Easter dinner in just one hour! Including the ham! So you won’t just have your ham prepared, but all the sides, too.

Making a glazed ham is the best introductory way to prepare a ham. Since the meat is already fully cooked and smoked to perfection, you’re simply re-heating it with a glaze recipe that will take it to the next level!

Photo by: The Chunky Chef

An oven baked ham using a cured, cooked ham (aka: picnic ham) is the perfect base for this glaze made of brown sugar, balsamic vinegar, grainy mustard, and freshly chopped rosemary. You can guarantee some finger licking to be happening amongst your guests with this one.

I personally have a deep love and devotion for my crock pot. I mean, the thing is freaking magical. Doing all that cooking for me, and leaving my oven free for everything else. This honey ham is easily prepared in your slow cooker, making a tender meat, just fall off the bone that much more.

Photo by: The Kitchn

This glazed ham kinda knocks the others out of the park for one thing – it’s dang pretty! Yes, I just called a ham pretty. It also has one delicious secret ingredient in the glaze that will keep your guests guessing. Since I’m a horrible secret keeper, I’ll just tell you – it’s Dr. Pepper!

Photos by: The Pioneer Woman

A 30 minute preparation in the trendiest new kitchen gadget out there right now – The Instant Pot! Gah, why don’t I own one yet…? The ham is combined with chicken stock, apple juice, Worcestershire sauce, bay leaves, cinnamon stick, peppercorn and all spice to make a thickly sliced ham that’s easy to cook, and even easier to serve.

Photo by: The Foodie Eats

Okay, so it’s not a HAM, per se….but it’s pig wrapped in more pig. Cooked in a slow cooker, and easily sliced. Sorry, but it had to make the list. I don’t think anyone at your Easter dinner table will be sad about it.

A classic camping tool – the dutch oven, is used to prepare a whole pre-sliced ham in no time, with basically no prep work, either. Pour yourself a glass of wine and sit back, because you’re as golden as the ham out coming out of the oven.

Photos by: One Sweet Appetite

Add some spring time colors to your centerpiece with this bright and delightful glazed ham, adorned with sliced peaches to add a splash of cheerfulness to an otherwise very brown and dull spread.

Photo by: Just A Pinch

Not just pre-smoked in the store, this recipe takes a regular ham and transforms it into a savory sweet and spicy ham that will make the absolute BEST leftovers, using your smoker. Smokers are no longer just for bbq restaurants and large outdoor parties, they’re popping up in garages everywhere as a common cooking tool. It smokes for 6 hours with little “babysitting” involved. The result will be truly unforgettable.

Photo by: The Spruce 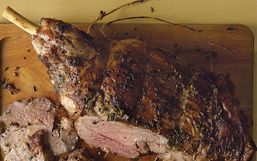 Easter Dinner Ideas: Easy and Quick Recipes for Every Course!
Easter is less than a week away and men and women everywhere are eagerly searching for the best Easter dinner ideas online.

Instant Pot Garlic Mashed Potatoes
When it comes to making mashed potatoes, one word may enter your mind..."tedious". 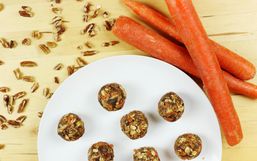 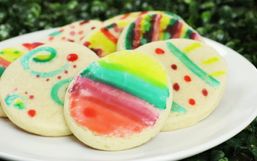 Paintbrush Cookies
With Easter right around the corner, sugar cookies are springing their way back into our lives. 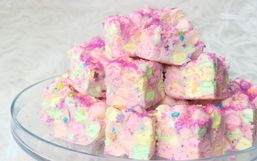 Magical Rainbow Unicorn Squares
If you've spent any time on the internet at all lately, you may have noticed the growing obsession with rainbows, and pastels and... 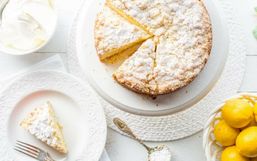 15 Sumptuous Recipes for Easter Brunch
Any excuse to get together for brunch is a welcome one, but Easter brunch brings a promise of starting anew, fresh spring... 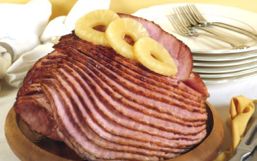 10 Delicious Easter Dinner Ideas
Preparing a feast for your family this Easter weekend? Choosing a main dish can be a daunting task. 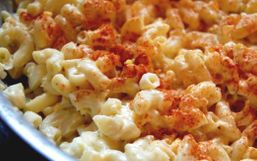 20 Easy and Unique Easter Side Dish Ideas!
Planning an amazing Easter dinner for your family and friends this year? 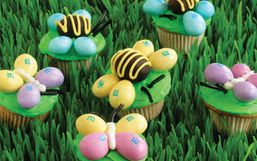 Cool Easter Treats for Kids: 11 Great Ideas!
Easter is just a few weeks away and many parents are searching online for great ways to make this holiday fun for kids. 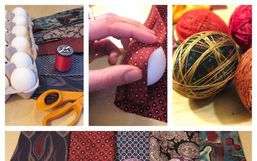 How to Make Silk Tie Easter Eggs: Complete Tutorial!
Silk tie Easter eggs are quickly becoming the coolest and most innovative way to decorate eggs this time of year. 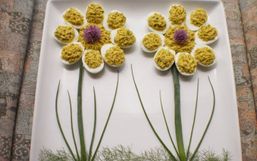 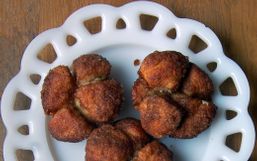 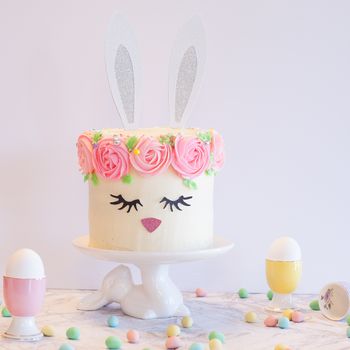 Want holiday recipes and ideas delivered straight to your inbox? Sign up now! 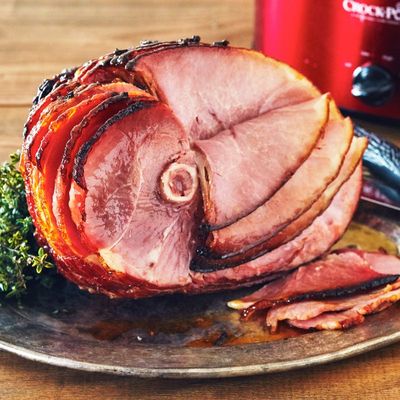